When do Belgium play in Euro 2020? Fixtures and dates for Group B – MARCA.com 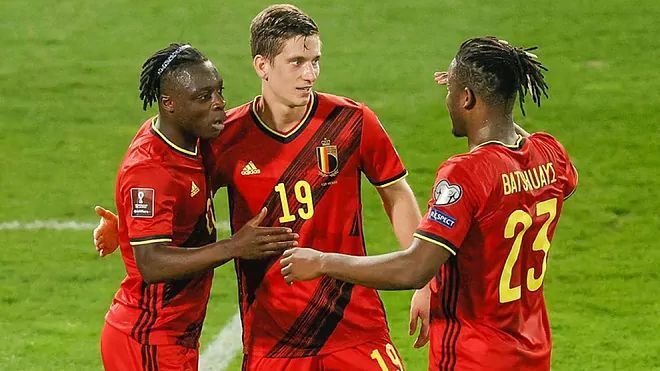 Belgium are one of the favourites to win Euro 2020, with the top-ranked national team in the world boasting stars like Thibaut Courtois, Kevin de Bruyne and Romelu Lukaku. Roberto Martinez‘s men have one of the more manageable groups of the first round, so will be keen to get off to a flying start.

The Red Devils find themselves in Group B of this summer’s tournament, which means they’ll take on Russia, Denmark and Finland. Belgium start off in Russia, then go to Denmark to meet the Danes and then return to Russia, so they have a lot of travelling to do.

In total, they’ll cover 9,157km, which is the third-most of all teams in the group stages.

When are Belgium’s Euro 2020 fixtures

What happens if Belgium win Group B?

The path to the final would then go through Munich in the quarter-finals and London for the semi-finals and final, with all matches after the final four stage taking place at Wembley.

If watching the national team from Belgium, the Belgian broadcasters are VRT/RTBF.

In the USA, the official Euro 2020 broadcasters are ESPN and Univision. In the UK, meanwhile, it’ll be BBC and ITV carrying the games. In Spain, Mediaset have the rights, so the games will be on Cuatro and Telecinco.

Most broadcasters will also have streaming services, so you can also watch Euro 2020 online.