Who is favourite for gold in Olympic football? Spain, Brazil, Japan or Mexico? – MARCA.com 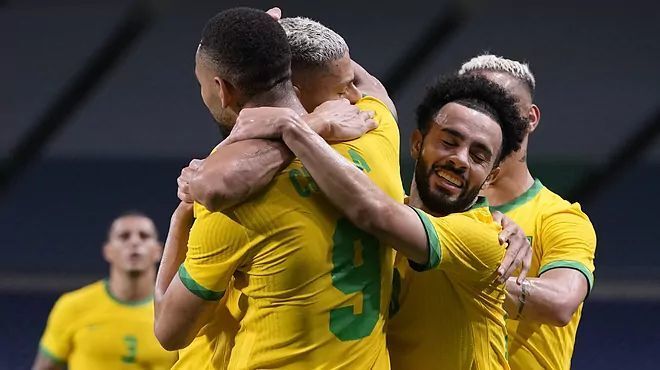 The four teams that will participate in the men’s Olympic football semi-finals have been confirmed, with Spain, Brazil, Japan and Mexico all making the final four.

Ahead of what promises to be two thrilling ties on Tuesday, we look at each side’s chances of reaching and winning the final on August 7.

Spain have yet to hit their stride in the competition and required an extra time victory over Ivory Coast to reach the quarter-final.

However, they will have taken heart from the resilience they demonstrated in that victory and they also have the strongest squad remaining in the competition, with the likes of Pau Torres, Pedri, Dani Olmo and Marco Asensio.

What’s more, they may have unearthed a gem in Rafa Mir, who will be looking to build on his hat-trick against Ivory Coast when his team take on Japan on Tuesday.

Brazil have had a stuttering campaign so far, yet they advanced to the semi-final after a hard-fought 1-0 victory over Egypt on Sunday.

Andre Jardine‘s side have recorded a convincing victory against Saudi Arabia, but were less inspiring in the draw with Ivory Coast and the Egypt triumph.

However, they will still fancy their chances of reaching the final, with a squad boasting the likes of Douglas Luiz, Malcolm and Richarlison, as they look to secure back-to-back Olympic titles after their victory at Rio 2016.

The home side have done their fans proud this summer, as they have enjoyed a stunning tournament so far.

They were the only team to win all three of their group matches and, although they needed a penalty shootout victory to get past New Zealand, they will be confident of regaining their best form against Spain.

In Takefusa Kubo, they have the star quality to defeat any side on their day and the winger will be looking to put in a match-winning performance against Spain, especially with the eyes of his parent club Real Madrid fixed firmly on him.

It took their tally of goals scored up to 14, the highest of any of the last four, and they have also defended impressively, with just four goals conceded.

Although they face a tough task against Brazil, they will feel confident of continuing their fine form as they look to replicate their Olympic gold of the London Olympics in 2012.