Cristiano Ronaldo made a big impact on English football and the superstar forward is backing Sam Kerr to do the same.

From one international captain to another, the Portuguese icon and Juventus star posted an Instagram story to his 189.8 million followers congratulating the Aussies striker on her move to the Blues.

“Yesss @samanthakerr20! Another dream in the making,” was the message posted by Ronaldo to his fellow Nike-sponsored player, Kerr. 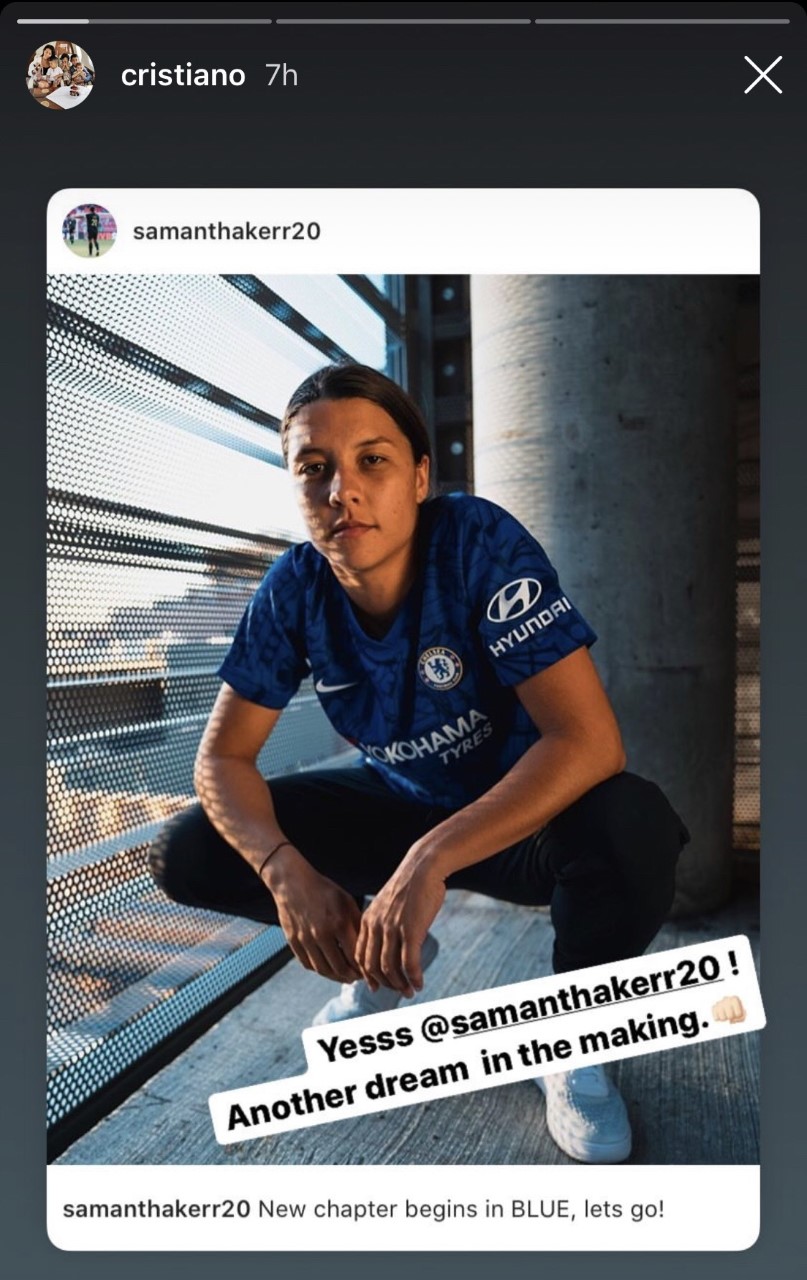 Ronaldo made a name for himself in the Red of Manchester United during six seasons in the Premier League, where he scored 118 goals and lifted the championship on three occasions, as well as the UEFA Champions League.

That sparked a nine-year career with Spanish giants Real Madrid, where the 34-year-old won four more Champions League titles among a glittering array of medals and awards to fill the most spacious of trophy cabinets.

Kerr has claimed Golden Boots in the last four league campaigns she has played, in Australia’s Westfield W-League for Perth Glory and the United States’ National Women’s Soccer League for Chicago Red Stars.

And five-time FIFA World Player of the Year, Ronaldo, appears to be tipping Kerr to pick up exactly where she left off.

Another Northern Ladies Player Leaves Ghana For School In USA