‘You will always be a hero’: Child’s heartbreaking letter to Marcus Rashford – The Independent 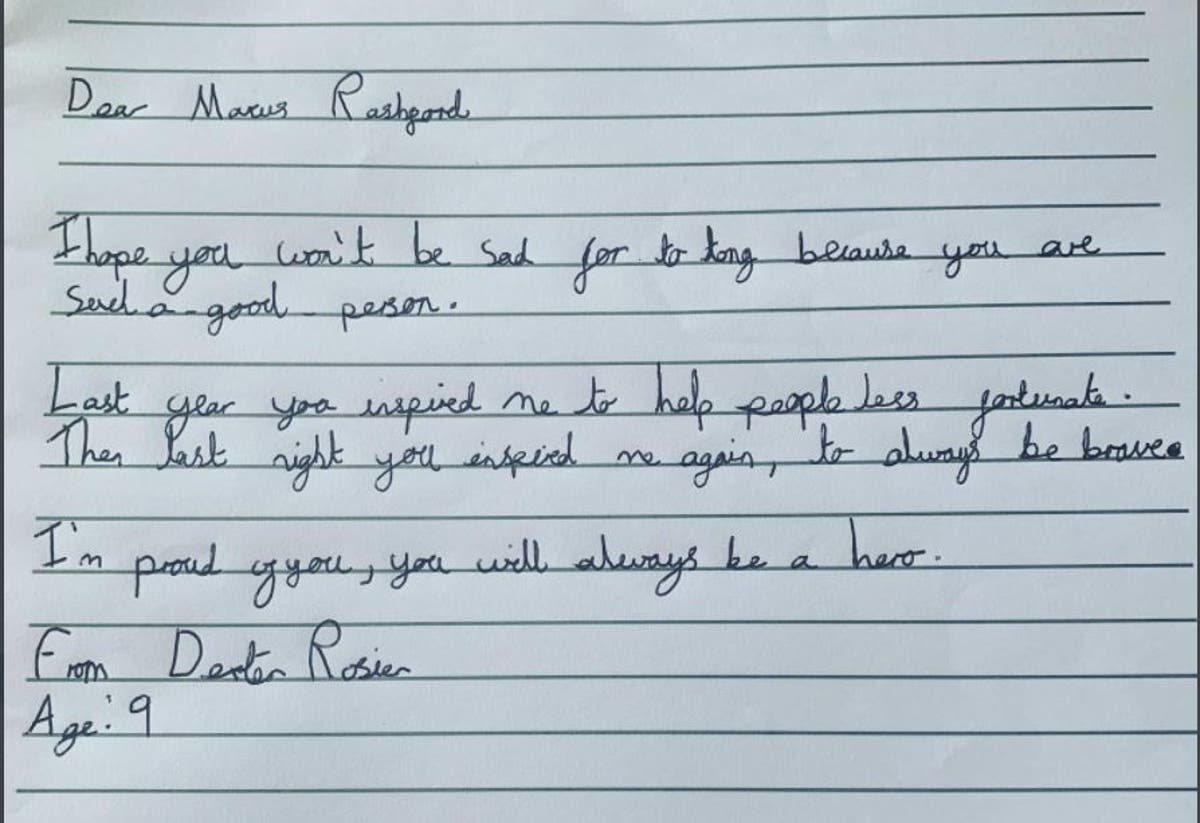 The England footballer Marcus Rashford has received heartwarming letters of support from young fans after his penalty miss in the Euro 2020 final, with one boy telling him he “will always be a hero”.

The 23-year-old striker tweeted some of the letters as he thanked fans for their backing in the face of online racist abuse after England’s loss.

“I hope you won’t be sad for too long because you are such a good person,” wrote Dexter Rosier, 9.

Children also wrote to praise Rashford him for his courage and for his free-school-meal campaigning, which led to several government U-turns on child food poverty.

Another fan, a six-year-old from Newcastle, sent Rashford his love and wrote: “Don’t listen to nasty bullys.”

Rashford and teammates Bukayo Saka and Jadon Sancho were racially abused on social media, after they failed to score their spot-kicks in the penalty shoot-out against Italy on Sunday.

Within hours of the defeat, a mural of Rashford was defaced in his home town of Manchester, with police treating it as a racist incident.

In response, the local community and fans from further afield flocked to the vandalised artwork in Withington to express their solidarity with Rashford.

They covered the wall with drawings and words including “role model” and “wonderful human”, and the artist Akse P19 repainted his artwork of the footballer.

On Tuesday night, Rashford posted that he was “overwhelmed” and “lost for words” amid the outpouring of solidarity.